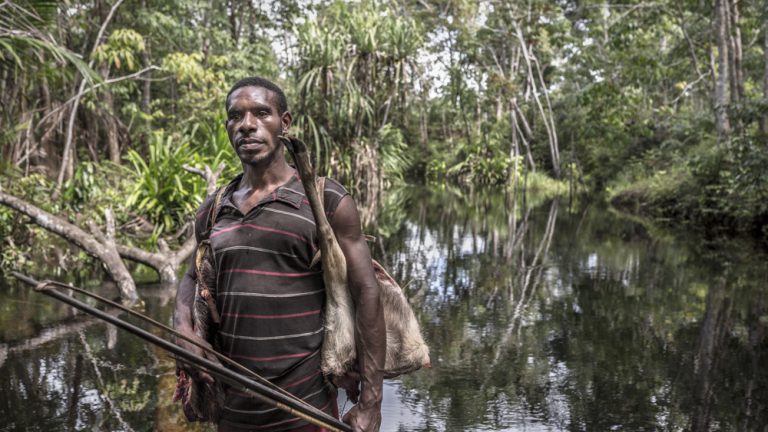 The Secret Deal To Destroy Paradise (2019)

Indigenous Auyu people in Boven Digoel, Papua, are living under the shadow of an environmental disaster. The Tanah Merah project is a plan to log billions of dollars-worth of precious timber from a vast area of pristine rainforest, raze what remains and replace it with oil palm. The project falls across one of the most important tracts of rainforest left in the world. The Auyu rely upon it for their livelihoods. The destruction is just beginning today, but already a vast area of forest has been destroyed. “All the natural resources that God has given us… It feels like the clouds have fallen,” an elder from Anggai told us. “All destroyed in an instant.”

Read the full story at www.thegeckoproject.org 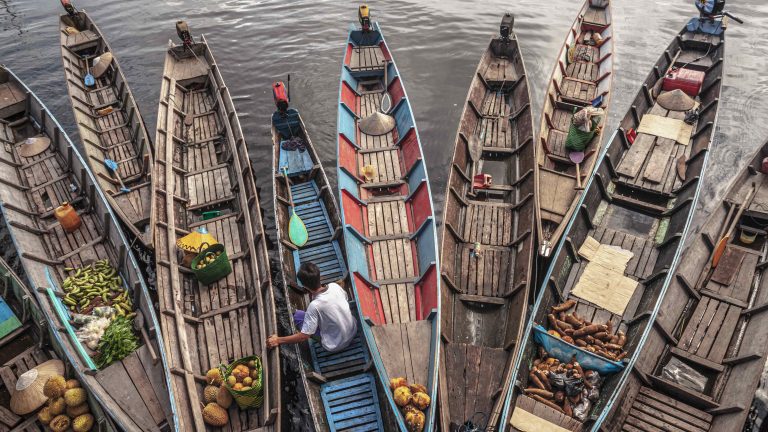 Forests, trees and agroforestry play important roles in food security and nutrition. They can play an important role in making our global food system more sustainable and more environmentally friendly while making an important contribution to healthy diets. 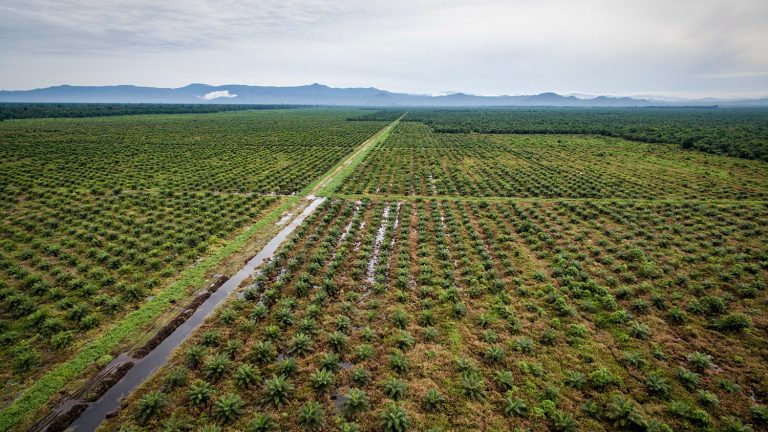 Hear from Magdalena Pandan, a 35-year-old oil palm plantation worker in West Kalimantan, Indonesia, who rises before dawn every day to carry out her duties toward her job, her family and her crop lands. 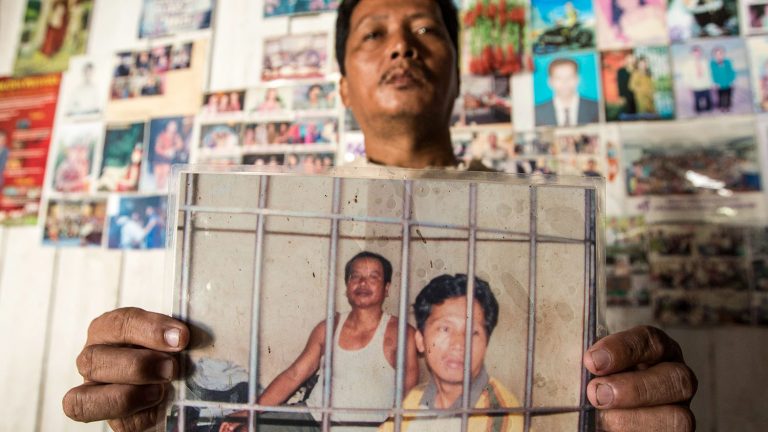 Jail is the reward for Momonus and Jamaludin to defend their ancestral lands. For 12 years already these Semunying indigenous territories have been controlled by P.T. In Ledo Lestari. Their dense forest had been turned into a palm oil plantation landscape. Although they have been persecuted and abused in their ancestral land, their fight is not extinguished. 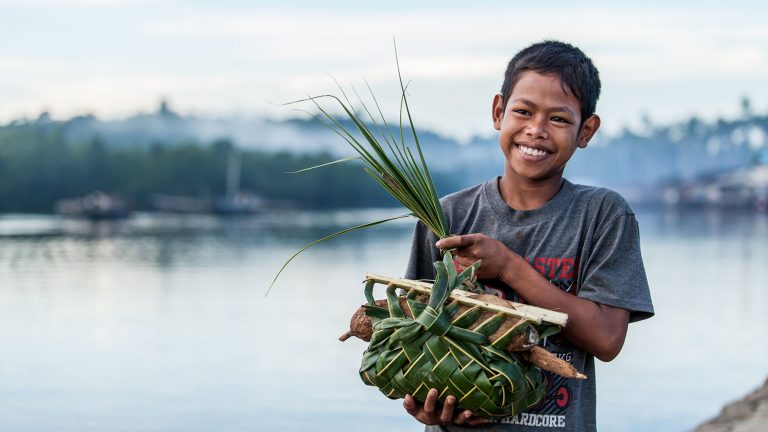 ENTER Nusantara or Energi Terbarukan Nusantara means renewable energy for the nation. It is a program initiated by GreenPeace and Aliansi Masyarakat Adat Nusantara (Indigenous People Alliance of the Archipelago). ENTER Nusantara aim to promote renewable energy for the local communities’ across the nation with its main purpose facilitating indigenous communities to become energy self-sufficient society. This program may leads to an energy-independent society, which will advance an economically-independent nation while giving greater power to indigenous communities a chance to develop their social life. 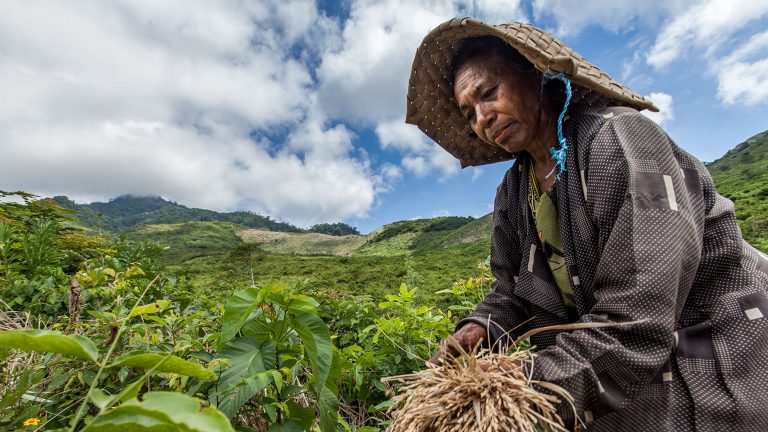 Indigenous Peoples and the Struggle for their Homeland (2014) 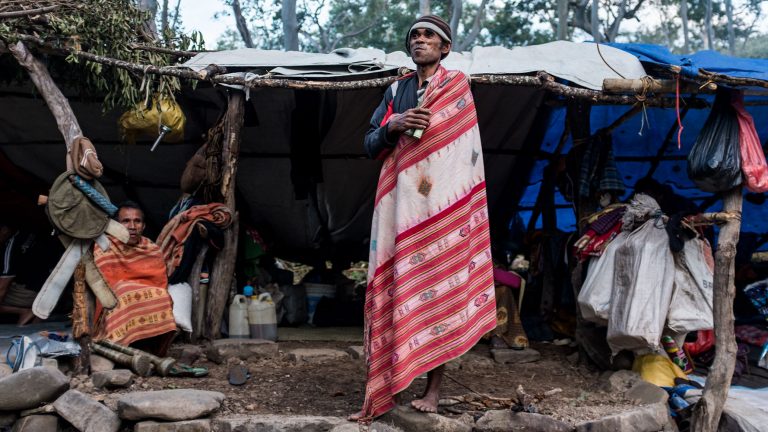 Mutis Mountain is the highest peak in the East Nusa Tenggara province. It is situated within a surprising alpine landscape and offers views from Timor Leste. It is famous for its mountains of marble stone by local people called Faut Kanaf. The Meto are the indigenous peoples of Gunung Mutis, speaking mollo-miomafo a dialect of the Atoni language who believe that their ancestors actually came from Gunung Mutis. Here up in the mountains especially fine weavings are found, local handicraft that is common to make in almost every household. A sarong size Ikat can take up to several months to complete for a village woman. The patterns that are woven into the Ikat is not merely ornamental. Local people can read from a Ikat ‘sarong’ about the persons rank in society, and clan belonging.

Directed by Nanang Sujana and narrated by Bramanto Prijosusilo, this video was produce for Green Indonesia initiative. 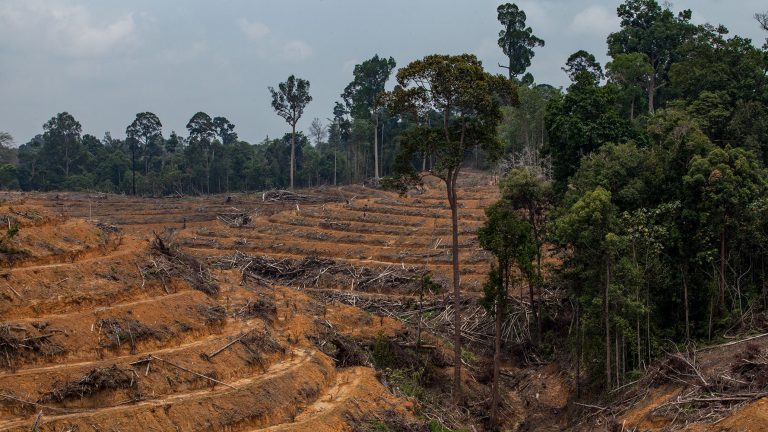 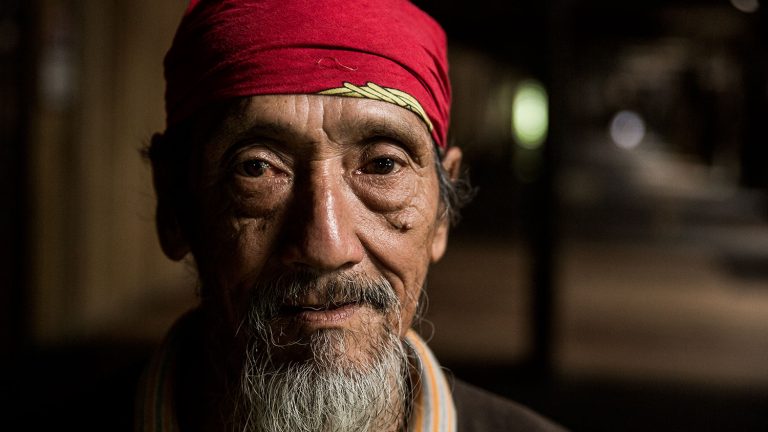 From Papua to Sumatra, representatives of indigenous peoples agree on the importance of forests. They have proven themselves to be the faithful guardians of Indonesian forests. From Papua to Sumatra, communities are facing similar troubles in the destruction of their forests: large-scale oil palm, plantation forest, and mining concessions. Can Indonesia’s indigenous communities protect more than 15 million hectares of currently pristine customary forests? To save lives, biodiversity, and global climate. This film urges everyone to think clearly, especially to the Indonesian government to place their complete trust in these communities to sustainably manage forests.