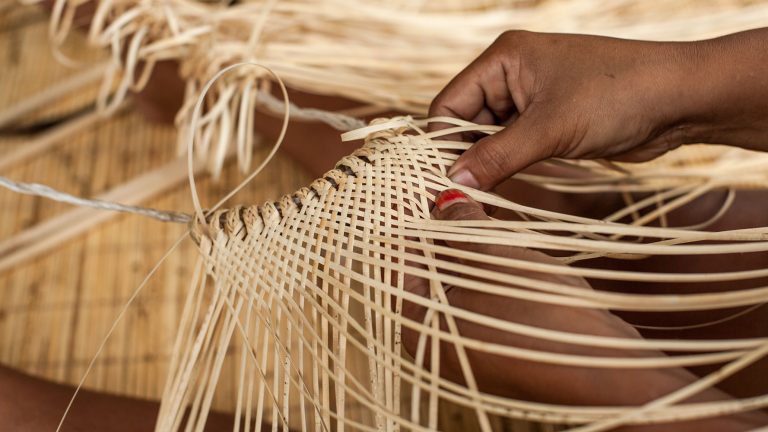 Korit is an open weave design made from rattan “sega”, a rattan species that has good quality for weaving, because it can be prepared into strips that are smooth and shiny. In old times, Dayak people in Sanggau used to make Korit to gather and collecting their harvest, but now the woven Korit baskets have been combined with genuine leather to transform it into an elegant handbags. The rattan material used in making this handbags is taken from rattan gardens planted by the community themselves since 1996. Rattan is an important non-timber forest product in Indonesia, and Indonesia has by far the longest history of rattan cultivation.